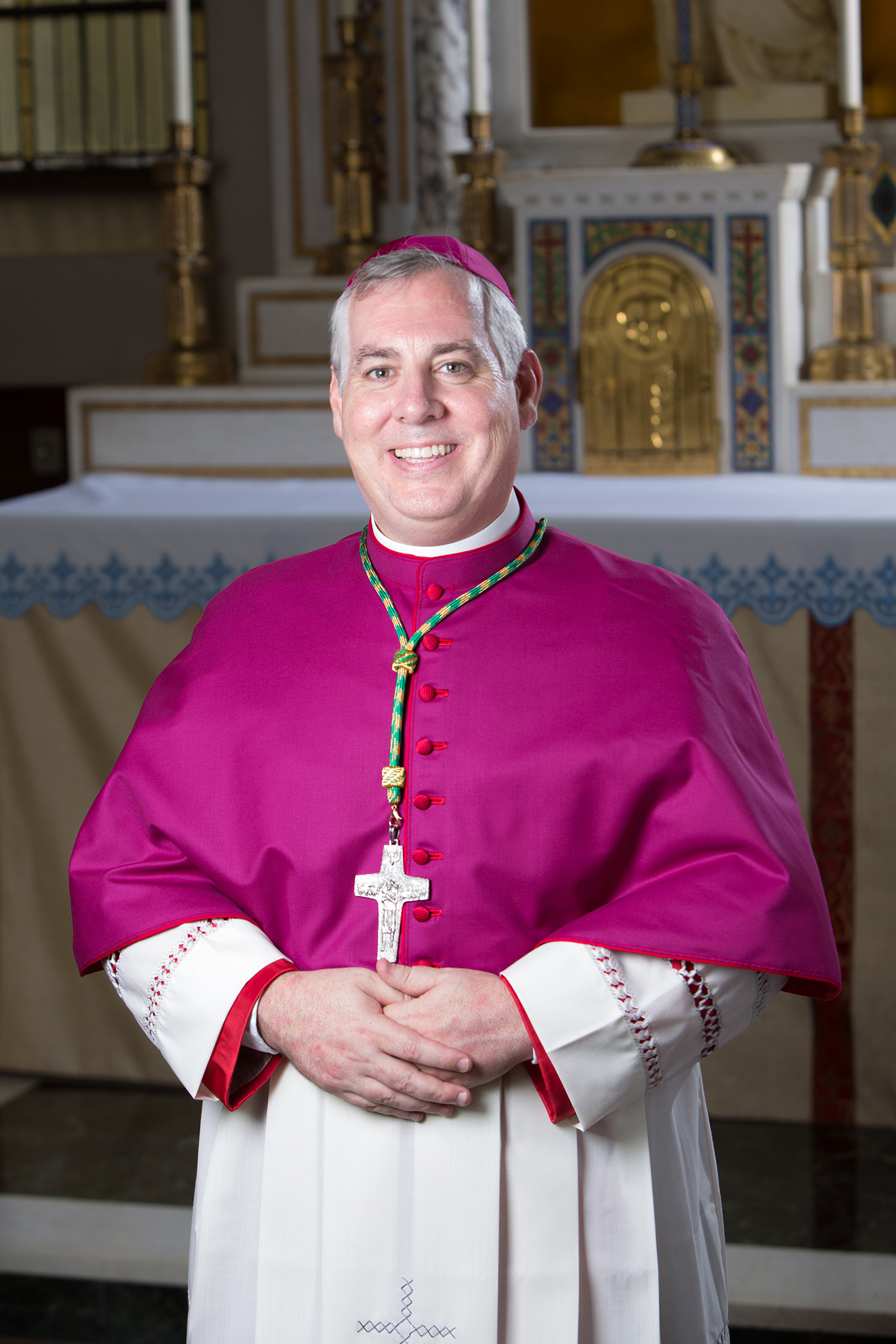 On August 24, 2016, Cardinal Sean Patrick O’Malley consecrated Fr. Mark O’Connor as Auxillary Bishop of Boston. The ceremony took place at the Cathedral of the Holy Cross in Boston – coincidentally, Bishop O’Connor received his Master’s and Doctorate degrees in Canon Law from the Pontifical University of the Holy Cross in Rome in 1999 and 2002.

Bishop O’Connor has served in many capacities in the Boston diocese. He was appointed Judicial Vicar in 2007, senior consultant to the Canon Law Society of America from 2009 to 2012, and served on the faculty of St. John Seminary and Pope John XX11 Seminary. For many years he was also the co-host of “The Good Catholic Life” radio program.

In addition to his new duties, Bishop O’Connor currently serves as chaplain to the Catholic Lawyer’s Guild. There are currently 51 Santa Croce graduates serving as bishops worldwide who are contributing to the Church’s mission to promote and teach the Catholic faith.