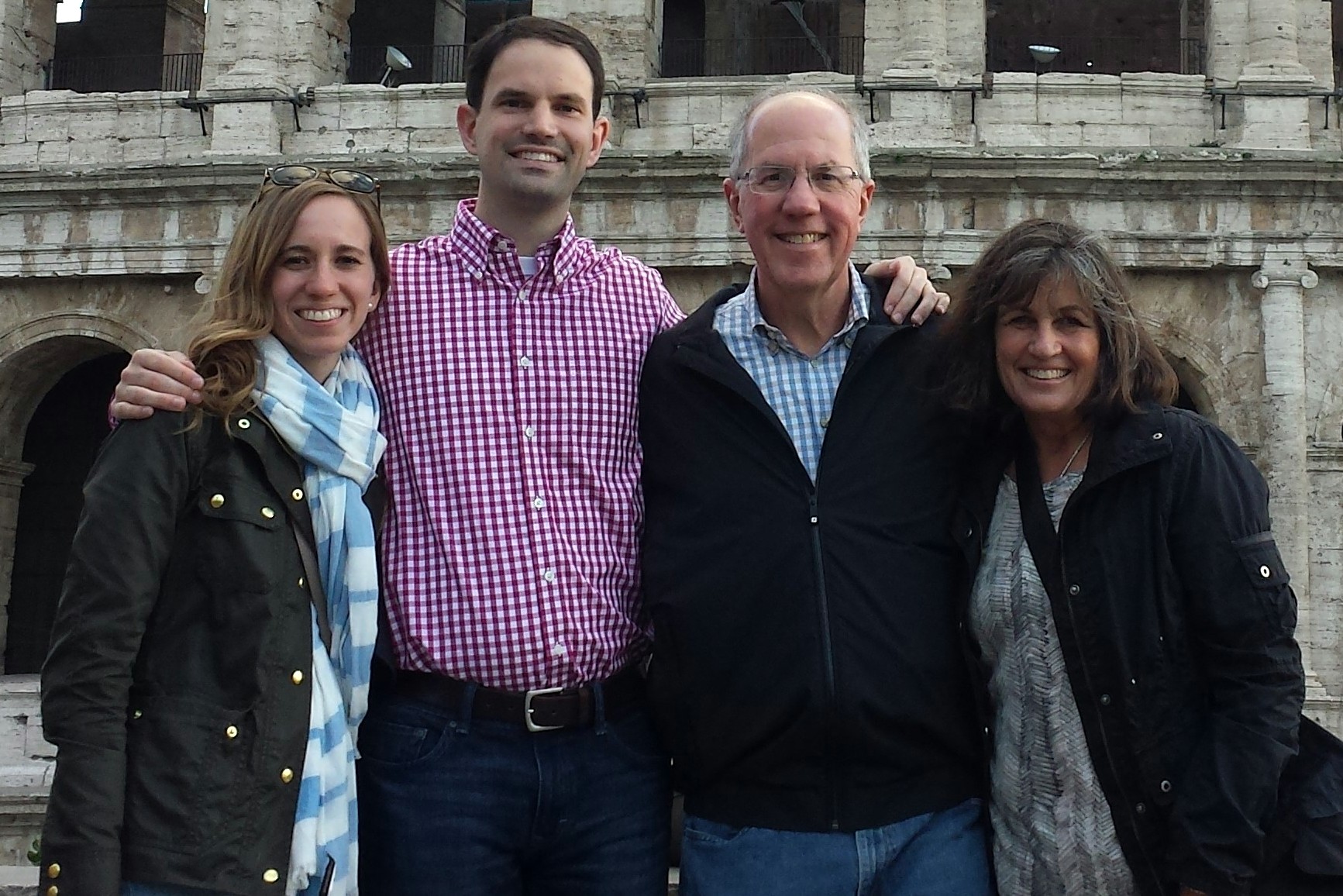 Marcia is a cradle Catholic, and for many years Kent attended Mass with the family as a non-Catholic. His decision to join the Church came later. When their son, Andrew, attended Marquette University High School, Kent was impressed by the Jesuit curriculum, which includes theology courses every year, retreats and daily prayer.  Andrew’s interest in history led to a deeper exploration of the origins of the Church. Discussions about history and theology became a part of family dinner conversations and that’s when Kent decided to join RCIA to find out more. In 2000, Kent was received into the fullness of the Catholic faith.

Kent and Marcia first learned about Santa Croce through their friendship with Jose Delgado, the president of the Pontifical University of the Holy Cross Foundation. Kent knew Jose through his business connections in private equity fund management and on corporate boards. Their mutual interests in the Catholic faith and good Catholic education led to Jose mentioning Santa Croce.

What Kent and Marcia heard about Santa Croce’s approach in training priests was appealing. Then, they were able to meet with several of the university’s priests/professors who visited Milwaukee. Fr. Philip Goyret, the university’s Vice-Rector, explained that along with courses in theology and philosophy, the university offers additional courses in church management.

While Kent is a successful private equity investor, Marcia has extensive experience in her parish and  Catholic school in Milwaukee where she has served in many capacities for 20 years. From that vantage point, she has first-hand knowledge of the importance of  priests’ management skills. While visiting Santa Croce on a family trip to Rome, Kent and Marcia met students from underdeveloped countries, who will soon lead their churches. Many of these churches are undergoing rapid growth and managing Church business in developing countries is critically important.

Although the challenges of the Church and priests in the United States may be different than in poorer countries, the need for good management skills is universal. That is one reason the Veldes have become convinced of the unique contribution Santa Croce is making throughout the world – and why they agreed to let us tell their story in our “Donor Profile.”

When asked what they might say to encourage a prospective new donor they wrote,

The Christian faith as a whole is under pressure around the world and we recognize the need that Santa Croce is fulfilling – that is, to develop outstanding young men who will move out across the world to spread the call for Christian values.  The Catholic Church desperately needs revitalized, energetic leadership and Santa Croce is helping to facilitate the growth and development of new priests.

We are also grateful that Kent has agreed to be part of the International Business Leaders Advisory Council to help develop plans for Santa Croce’s new program in Church Management.